YY was exactly 100th days old on 4th March, 2011. According to my MIL, we have to let YY lick a kai pei (drumstick) to initiate the "hoi zhai" day. Never heard of this tradition before? Me too! But we did the same to QQ as well. So far, none of my friends have heard of this practice, so it's kinda rare tradition. But fun! =)
This is my favorite picture. YY was smiling when I held the kai pei infront of her, touching her lips. And the forever kepoh QQ tried to adjust her head lah, kept telling YY " sik kai pei lah!! sik laaa...sik laaa!!" O.o  See the meaning of fun which I mentioned just now? 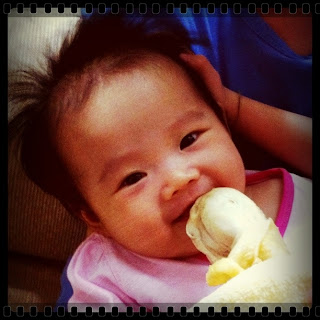 After the kai pei licking good session, I told QQ to pose with the kai pei for me before she bite it. Very cooperative. She even said that she would "bai pou si", means show me different pose for my camera! She loves posing for the camera, just like her mama lah :P 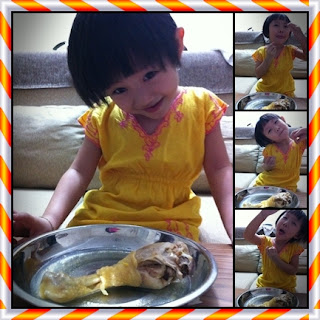 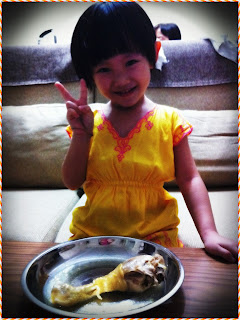 There goes the kai pei.....first, QQ declared that she wanted to finish it all by herself. This kampung chicken was a bit kenyal, but surprisingly she could chew 'em nicely. But there were some left over meat on it, so baba didn't want to waste it and he polished the kai pei properly. 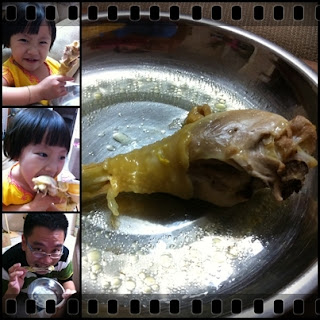 And finally, happy mama managed to take picture with her 2 ultimate gaga girls! Small gaga seemed to be happier than me! 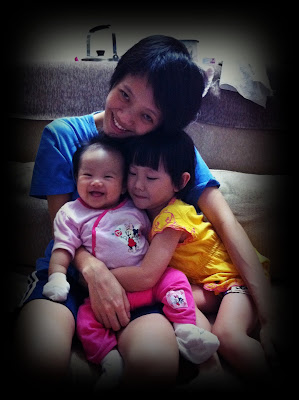 Hahaha waaa your baby get to taste luxurious food eh =)

My Baby Xin had the same Minnie mouse pyjamas set!