Now only got time to update my blog about our recent Singapore trip. :P We went to Singapore on 1st May 2010, to visit the newly launched Universal Studio. Boy.... it was indeed a very very nice place to go with family!! Each of our entrance ticket (FOC for Smellybutt !!) will get to redeem a meal and merchandise coupon too. Good ha? ^_^
We stayed at Fragrance Hotel situated in the red light district - Geylang =) Actually ar, that area wasn't really that bad lah. Just that at night time, we saw many guys, yes GUYS by the road side. Shouldn't it be the girls out there? Hahahaha. That area was full of foreign workers as the house rental fee is cheap for them. At 1 point of time, we really felt as if we were in Bangladesh or Thailand!! Our hotel room was nice with cheap price too. Lucky us as they have just refurbished their hotel, so still got those "new house smell" :P

This is also my first flight during my early pregnancy. No Novomin pill and yet I didn't have any 'drama' in the air plane :P Pheewww...... At that point of time, I was only 9 weeks pregnant. Luckily all the morning sickness has gone and appetite was a bit Ok too. Still, very limited food that I can take, mainly sandwiches, rice with simple non-oily dishes, biscuit and bread.

Here are some of the pictures taken at Universal Studio. We reached the place at about 11am, left around 4pm. Soooo tired!!! We didn't bring along the stroller, mah fan lah. Coz we foresee her running around the place all time, which was so true lah! She really enjoyed herself very much there without giving us much trouble! So, worth paying her an Air Asia seat!! 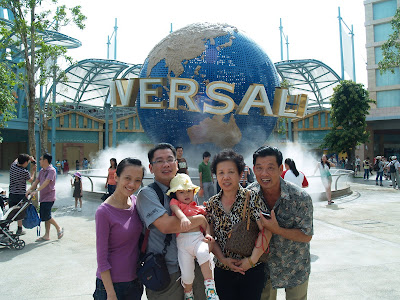 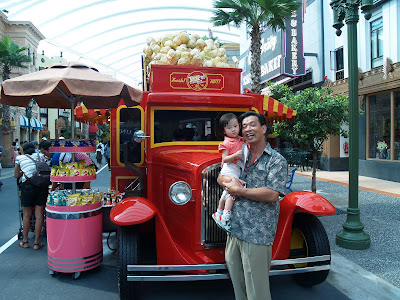 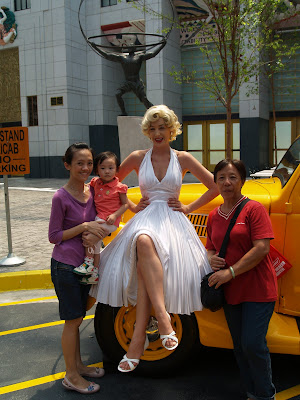 With Marilyn Monroe. Btw, she didn't sweat at all sitting under the sizzling hot sun for hours!! 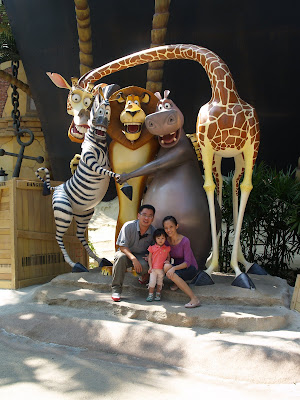 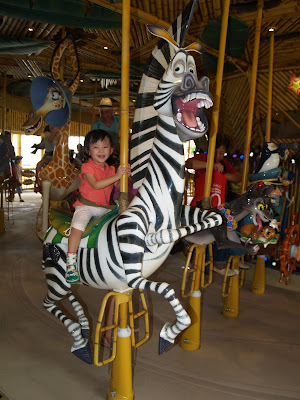 This is the long awaited ride which she adored the most! 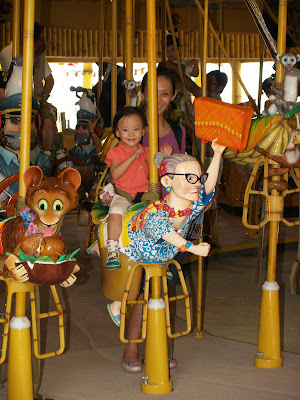 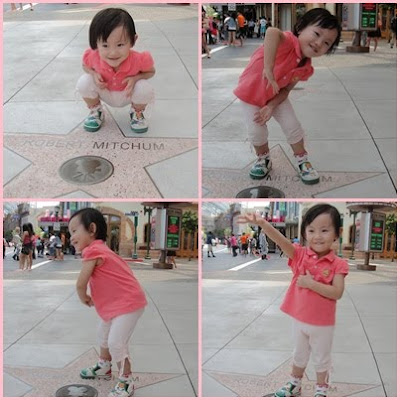 While the rest went into the 4D cinema, Smellybutt and I torture the camera =) 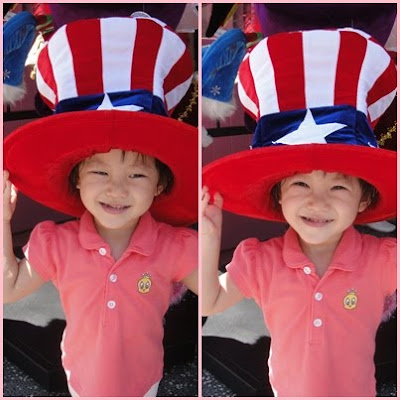 We saw everybody was busy trying out the hat and snapping pictures, so we didn't want to miss the kiasu chance too!! 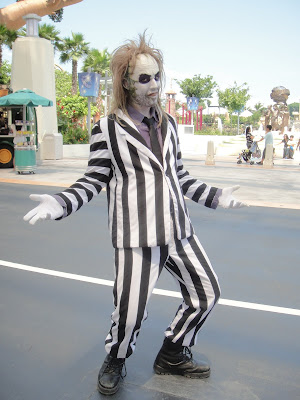 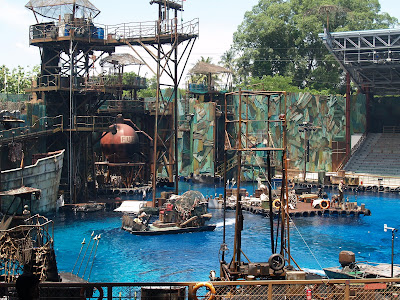 @ Water Park watching Water World show...and this is definitely not to be missed!! Great show by the mat salleh with so much of kaboommm effect!! 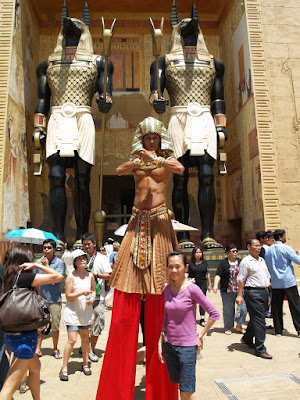 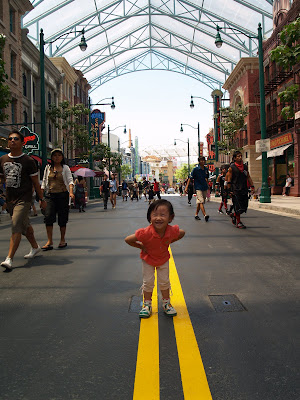 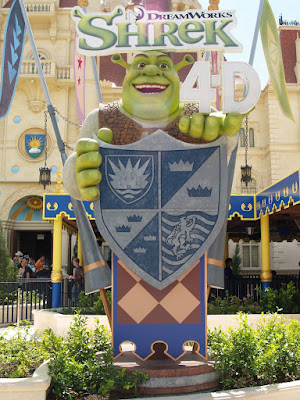 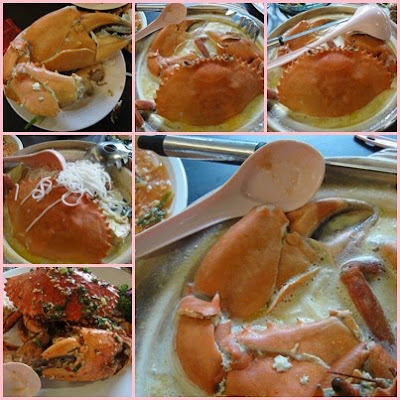 Dinner @ Ang Mo Kio. These crab dishes were superb!! I've tried them before, about 3yrs ago. But this round I never touched it at all, coz I was still a 'picky eater' due to my early pregnancy :P 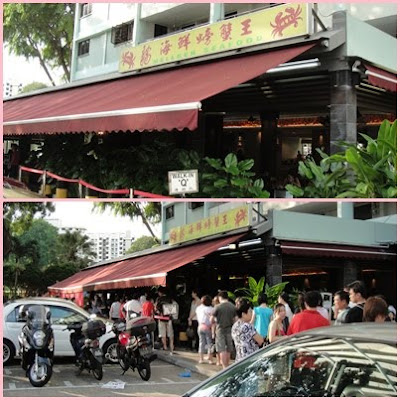 check out the que lah...like beratur for concert ticket! and it was just 6.30pm already jam packed with people. We arrived at 6pm and still pretty empty leh.
Posted by Smelly Butt's Ama at 1:24 PM

wah...u really keng ler..going here and there, don even like a preggy lady.

hehehe no choice, ticket booked liao before i got to know the 'good news' :P