Bought this ABC puzzle quite some time already, at least 3 months ago from Jusco. When I first showed this to her, Smellybutt wasn't that keen on it. I did try to teach her the alphabets 1 by 1 and showed her how to place them to the wooden board. Again she couldn't pay much attention to me. Ok lah, maybe too early for her to understand it and to re-arrange all the letters at the right place. 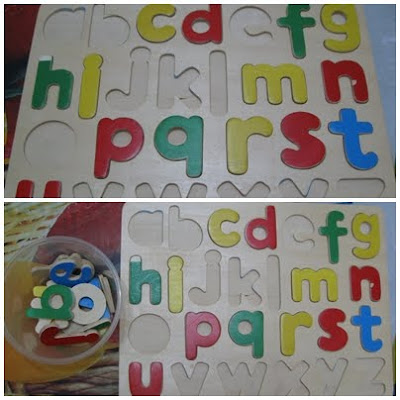 Last month, to my surprise, she was able to re-arrange all the letters into the right place. She can even recognise and say to me the letter of alphabet A, G, K, M and W. When she holds the letter C, she will say "moon". Hehehe. The letter C is similar to the shape of a moon, because most of the time she only see the crescent moon from books and TV, seldom see the full moon. 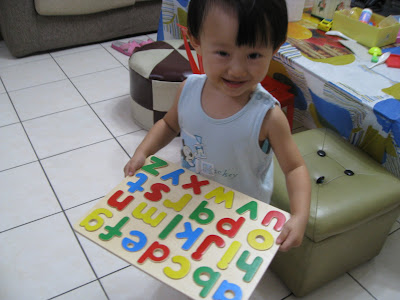 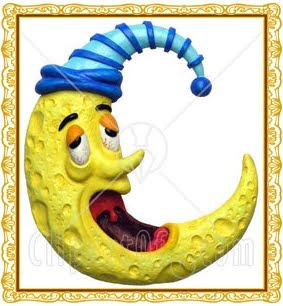 Popo has actually taught her bit by bit everyday. And she could pick up so fast. Hmmm...maybe she likes Cikgu Popo instead of Cikgu Mama :) 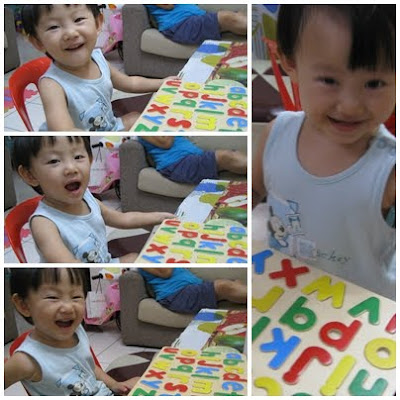 I would encourage mommies to buy this ABC puzzle as it really heps your child to learn and understand the alphabets efficiently. Why? According to montessory study (actually it was my boss who gave me this wonderful tips of montessory, yes ,she took the course) a child can learn better by allowing them to hold and feel the object. This method is far more effective than buying an ABC book for them to read. I'm now trying to get the numbers puzzle, since Smellybutt already can count from 1 to 10 smoothly. Erm, she still love to swallow the no. 6, we have to keep reminding her not to miss out no. 6 whenever she counts to us.
Btw, she is very good in differentiating the 3 look alike alphabets - b,p,q. Whenever she plays with it, she will surely solve that 3 alphabets first. Sometimes, she would ask us to do it, and we would purposely put at the wrong place. She will then correct us saying "not put here keh, put there". Hehehehe. It's her turn to become a teacher.
Another educational toy which she has yet to conquer all, is the My ABC Travel Bag. This is my another online purchase, hardly to be found in most of the educational toy shop in KL. It is very convenient to bring along while travelling as it can be zipped up when not in use and there is a cloth handle sewn to the book so we can carry it with them. 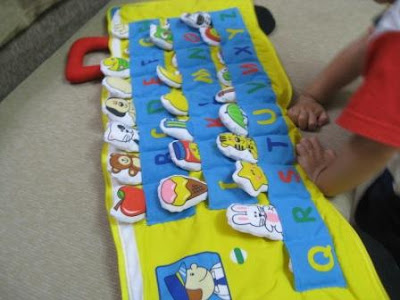 Each of the pocket has an object (cloth stuffed) which represent the letter of the alphabets. This cloth book brings 2 developmental benefits to the children - language and development of the senses. It is really a good buy!
Those objects which are visible from the below picture is what Smellybutt can say out to us now. Just another 8 more objects to go :) 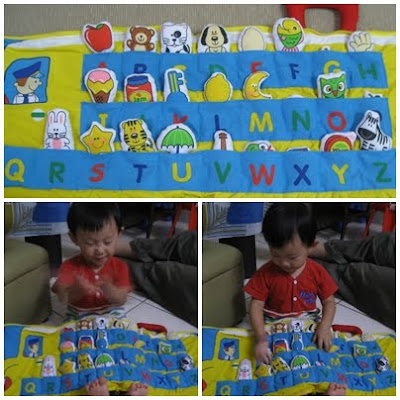 toys like this is always much more better than those battery operated ones...at least our children learns something right?

ya ya true..better invest on this kind of toys!