Lately, Smellybutt is so into jigsaw puzzle game. She used to have this 2 set of puzzles only, which are way too complicated for her to deal with in the beginning. She doesn't like playing with it at all, EXCEPT menconteng the puzzle with pen! I got these as free gift from Carrefour last year. 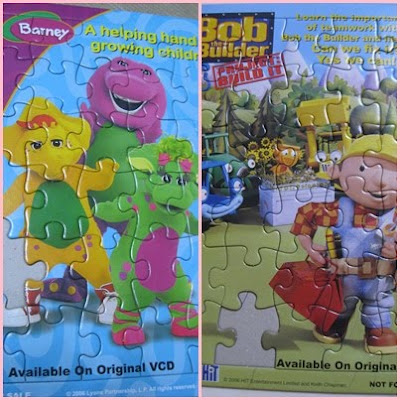 2 weeks ago, while I was looking for Joey Yap's fengshui and astrology book in Popular Book Shop, I stumbled upon this simple children's jigsaw puzzle. Not too expensive though, only RM19.90 for a set of 8 different insects picture puzzle. Quality is good too. Before I let her play with it, I've been giving her numerous warning not to conteng this set of puzzle, coz I paid for it! Hahahahaha!!! So far so good, she has been taking good care of it and even reminded me that she is not allowed to conteng her puzzle =) 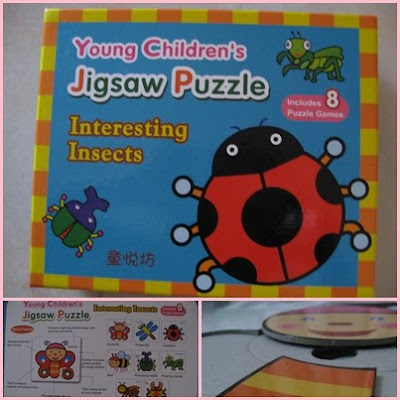 To my surprise, she has managed to conquer all these 8 jigsaw puzzles within a week time. And best of all, she could remembered the name of the insects too, with some little help from me for certain insect's name. I've gotto give her some hint, by saying "Dra" and she would continued saying "dragonfly" when I pointed at it. 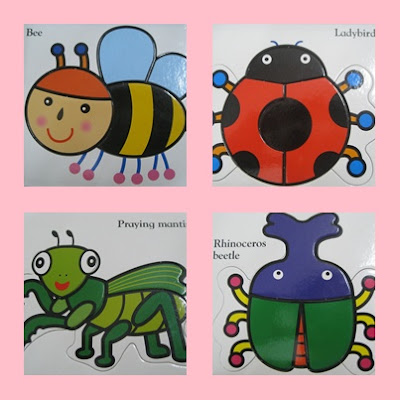 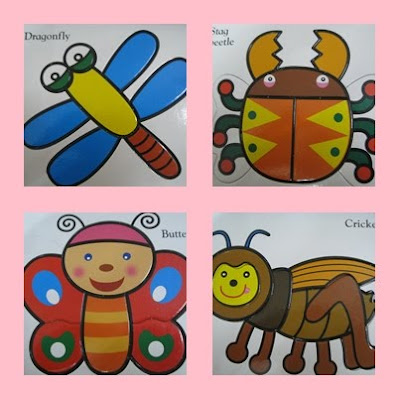 This cricket has got 5pcs to be assembled together. The most would be dragonfly and stag beetle, which have 7pcs each. 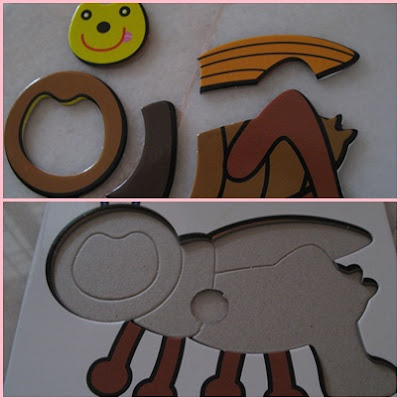 This jigsaw puzzle had accompanied her throughout her 5D4N stay in Ipoh. She has yet to get bored with it at the moment. But somehow I feel that she didn't have the challenge anymore since she already knew how to assemble each of it and even can tell me the name of the insects. I thought that I've wrongly purchased it for her, thought that this set of jigsaw puzzle was meant for 1yro ++. But as I studied the details at the back of the box, it stated there "for 3yr and above"!. Waaa...I am so proud of her, as she (currently 2yr 4mth) could easily solved the puzzle which were meant for 3yr old kids =) 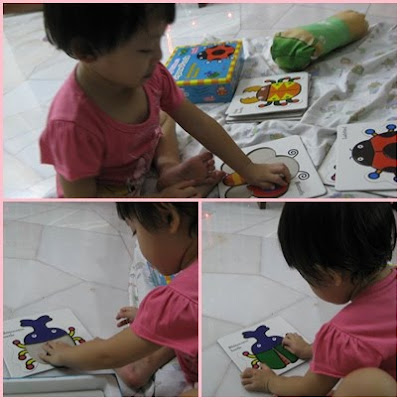 I may start to look out for a more challenging set for her!
Posted by Smelly Butt's Ama at 7:00 AM

Hi...first time droping by here. Came from HFM's blog. Guess what? Your princess is born on the same day as my birthday 7 Oct. and my son was born 6 Oct 2007..ehehehehe

Gong Xi Fatt Chai to u

Hi LittleLamb, thanks a lot for dropping by!

Waa..what a coincident ya! so nice, you and ur son almost share the same bday date hehe