Popo : Qing Qing, do you want to drink nen nen ?
QQ : Ah-Jen
Yesterday ah-jen. Today ah-jen. Tomorrow sure ah-jen again. Everyday ah-jen!!!
She is deeply in love with ah-jen. Even first thing woke up in the morning, she'll straight away say ah-jen. Her heart is all on ah-jen alone??
All because of HubB lah...asked her twice only whether she wants it or not. And now..totally hooked on it. The all time favourite soalan cepu mas : 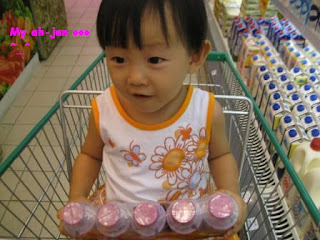 This has been on going for a week plus already. We bought her the less sugar version. LESS sugar, but how come we need to pay MORE? Pay more for less. Weird. Even things with lesser sodium also we need to pay more than those with regular amount of sodium. Weird..Weird.. 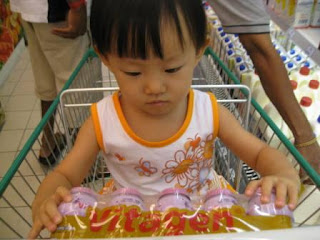 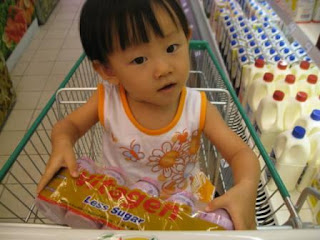 haha! so cute... I think all kids love vitagen la.

ya la...was wondering whether can serve nasi putih with vitagen or not, since she's so into it. hehehe