Certainly NOT to be missed!!!

This is the kisah (rushing) journey to e@Curve Cathay Cineplex on 11th January 2010 for 大日子woohoo! movie premier. I reached home at 6.30pm on Monday. No time for shower coz it was drizzling outside, worry of traffic jam at LDP highway. So I just changed, tied up my messy maggi hair a bit, blot off some oil on my face and touched up my mascara a bit then we zoomed out of the house. I'll tell you why I need to put on some light make up later. 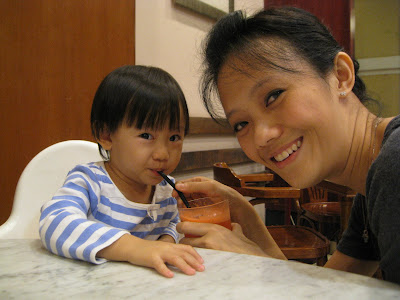 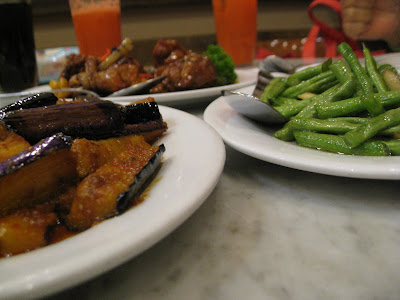 Sumptious dinner with these yummy dishes. Tambah satu nasi please! Erm, actually it's a norm for me to add rice during lunch or dinner =) 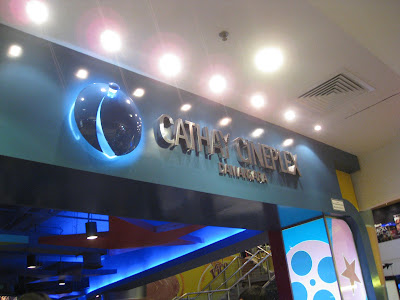 After the dinner, I called my HubB as he was there earlier. He asked us to wait for him at the Cathay Cineplex entrance. 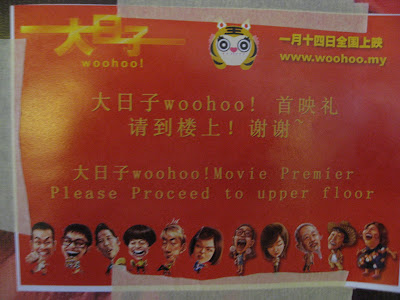 There were a few big banners of 大日子woohoo! displaying near the entrance. At 8.15pm, the crowd was not very big yet coz the premier movie will only start at 9.15pm. 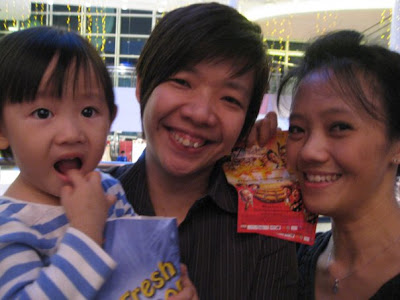 After I get the tickets, my mom bought a small pack of pop corns. 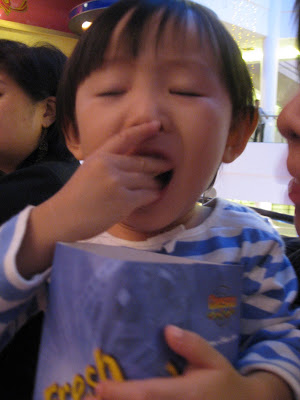 And it was the first time for Smellybutt to taste the pop corns! She love it!! 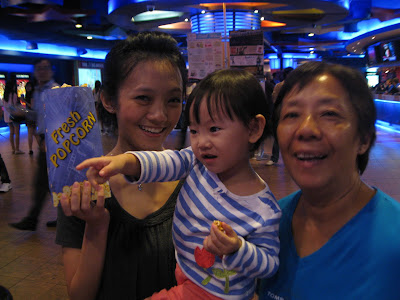 There was a guy who accidentally dropped his pack of pop corns on the floor. We then told Smellybutt to hold it tightly, else boh liao ke lah. See, she had her arms around it! 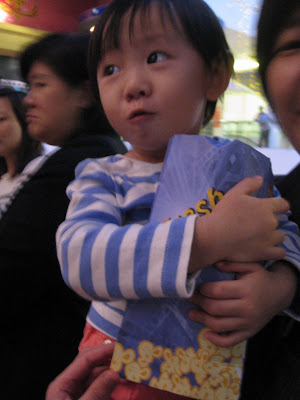 So, why did I put on some light make up?? Coz I knew that I will get to meet some of the local celebrities at the cineplex. That was part of the reason why we get out from the house so early. Hehehehe. I want to take picture with them! So I can't be there with my zombie oily face right?

These are my "Hall of Fame" moment with them =) 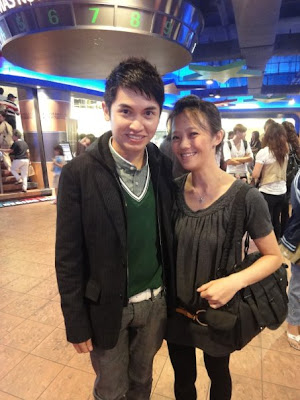 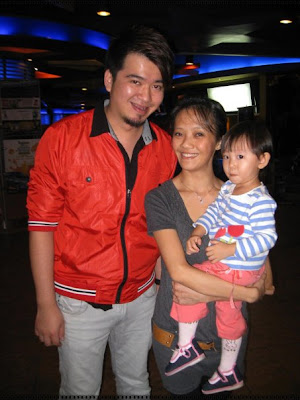 Remember him? He appeared in the Astro On Demand advert.
The ever famous tagline - lei thai jor mei? 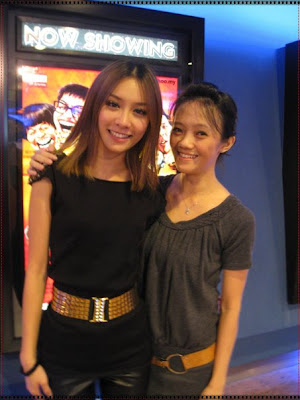 Gan Mei Yan of MyFM DJ. We shared the same size of arms!!
At least now I know that my slim and fat less arm doesn't extinct yet!! :P 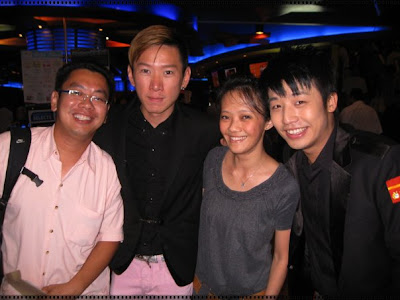 Actually leh, I wanted to take picture with Jack Lim too but couldn't catch him. He came with his wife and his lil Lucas. Check out his attire...his right arm lacy sleeve veli the outstanding oooo... 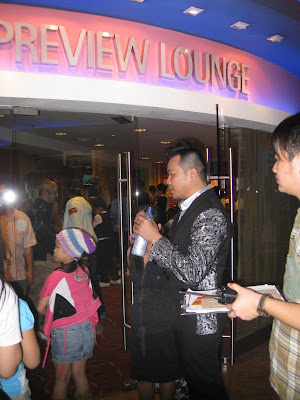 Ok enough of chik chak session with the artists. We waited for sooooo long to enter into the cinema hall. Why delay? Because they also had "red carpet walk" near the hall entrance. 1 by 1 cat walked to the small stage for interview and photo session, itu pasal lambat lor. BUT, somehow we managed to sneak into the cinema hall (legally though!!) first, before the stampede begin :P It was a big big crowd near the stage and red carpet were surrounded by many media photographers and fans.
So....guess where were we seated? 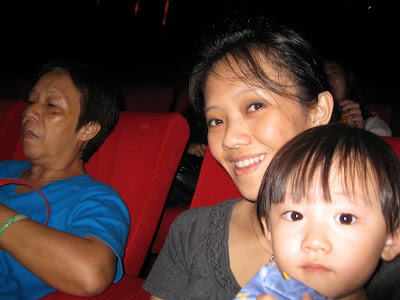 Tadaaa!!! 1st time with Smellybutt in the cinema hall, seated on the 1st row!!! I thought that was also my first time to be seated on the 1st row in the cinema, but then I recalled back that this was my 2nd time. I remembered that when I was still in the college, my friends and I went for a movie during CNY. It was a bad idea to catch a movie during the festive season as the crowd was super big and we ended with this privilege :)
Finally the premier movie started at about 10pm. Such a long wait lah wei. Apparently, all the artists and families were in the same hall with me too. But of course their seats were on top of the hill lah.
Smellybutt behaved pretty well =). Throughout the movie, she : 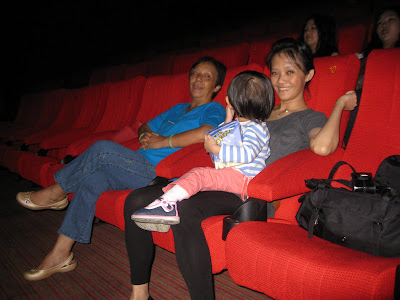 Want to know how was the movie? IT WAS GREAT!! TRUST ME. It has a combination of funny and sobbing moments, as I wet 2pcs of tissue papers! There were some scenes which make us feel kam dong ler.... Go watch it, it will be on screen nationwide (but selected cinema only) starting tomorrow 14th Jan 2010. You may check out the screening location at www.woohoo.my