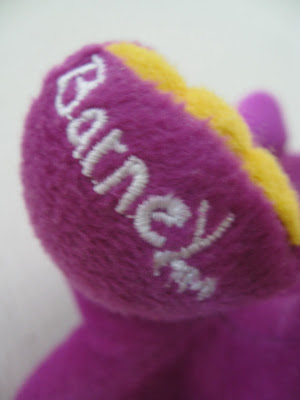 Geezz...I am really happy and proud of my lil samseng girl lah. She could sing (besides cari gaduh at pre school!) the whole Barney's famous song "I love you" since last month. And coincidentally Aunty Dory bought her a Barney soft toy just at the right time. Will upload her solo unplugged performance video separately. 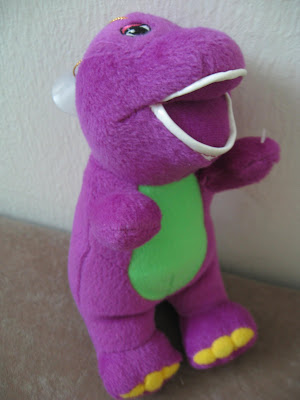 That toy has got the same song too. Press on Barney's belly and we can listen to the song. Smellybutt loves Barney even more now =) This is also her first Barney soft toy, although she has been Barney's fan for almost a year. 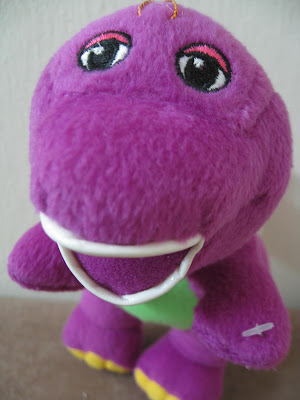 Barney says I LOVE YOU!

Last weekend, she was playing with it and the moment she saw me holding my camera, this lil fella said "mama, take picture for me!" Ok, so she held it tightly, stood beside the playpen with her killer pose! Yes, killer pose without a smile, except Barney :P 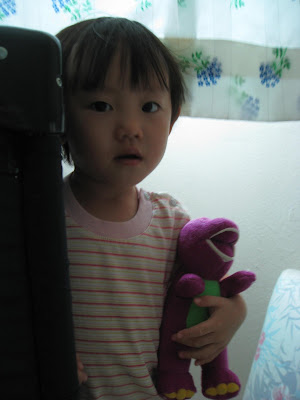 After a few round coaxing her to smile....here you go.... 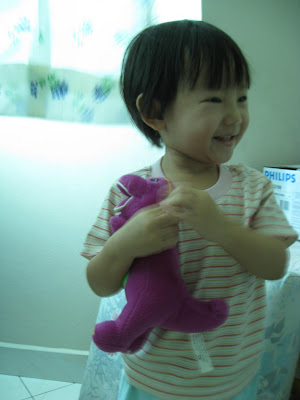 Then, lil makcik wanted to change her backdrop, and had chosen the window area. Unfortunately, her height has just reached the curtain's level and the curtain was swiping her head non stop due to the fan. 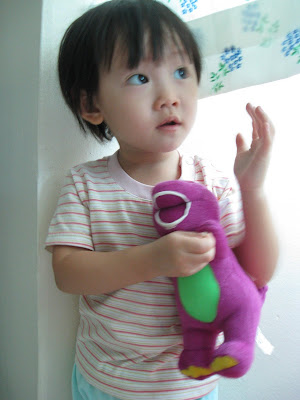 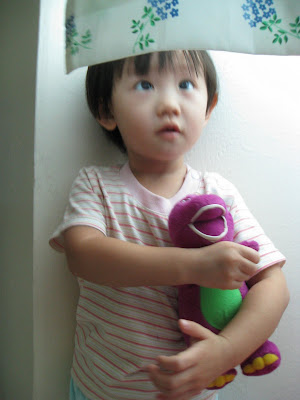 Finally she got sooooo pissed off with the curtain and started to scold it "go away la!! zhao!!" LOL! While she nagged the curtain, her hand kept pushing it away. Makcik sudah geram oooo...and I enjoyed her show so much! 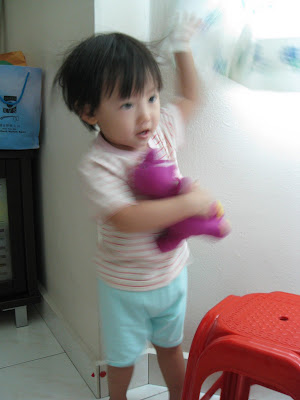 Next, she wanted to teach Barney to write. Since she already mastered half of the pen gripping skill from the pre school, she guided Barney to hold her pen. 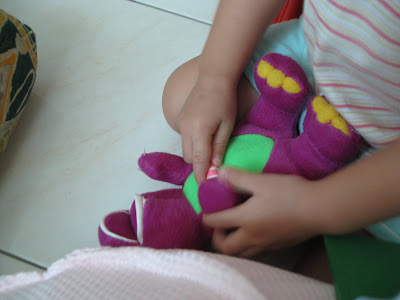 She tried many times to kepit the pen between Barney's hand and body, but the pen kept falling off. Finally she behtahan and asked me this soalan cepu mas "mama, where's Barney's hand?". Muahaha. I knew what she meant. She wanted to ask me where's Barney's fingers actually. She got fed up after a few failure attempts to let Barney hold the pen. So I've explained to her that Barney has got 2 hands, but without fingers. So that is why Barney couldn't grip your pen lor. Luckily she didn't ask me why Barney doesn't have fingers?! 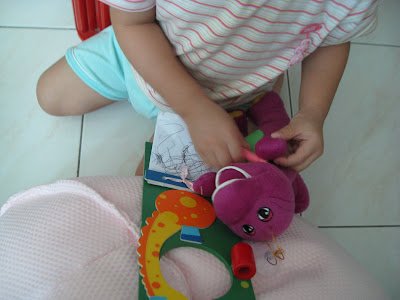 In the end, she just held Barney's hand together with the pen and happily conteng the paper . Mission accomplished! 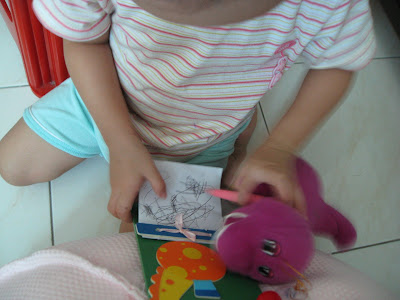